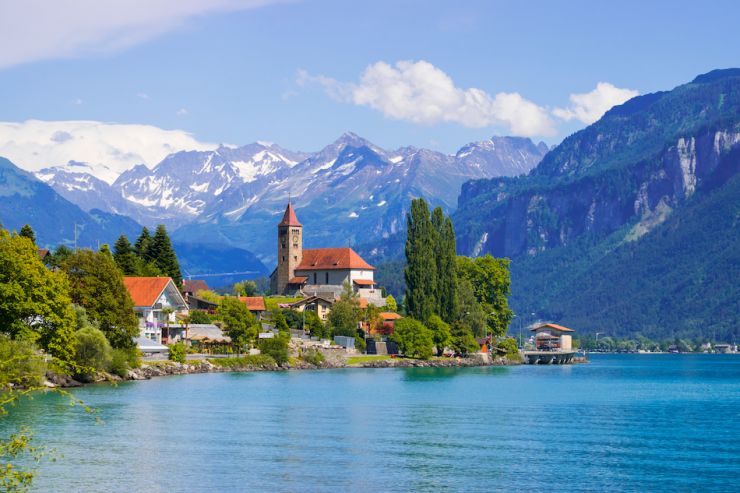 Switzerland has for many years been a magnet for high net worth individuals looking to acquire property assets. The relative stability of the political situation, the economy and as a consequence house prices, creates what is for many the perfect scenario. In recent times the currency, and the country, has also benefited from the safe haven status which has for many years been associated with the country. We will now take a look at the Swiss property market and the availability of mortgage funding. However, before we look at the property sector it is worth reminding ourselves why Switzerland is so popular.

Top 10 reasons to move to Switzerland

The relative calm of Switzerland means that the reasons for moving to the country have remained fairly constant for many years. They include:-

When you bring together all of the above factors it is no surprise to see that foreign investors have been extremely keen on the Switzerland property market for some time.

We will now take a look at the recent performance of the Swiss real estate market and how initiatives taken by the Switzerland government are starting to impact prices. The last couple of years have seen a cooling of Switzerland property prices but there still remains strong underlying demand especially towards the luxury end of the market.

There are many anomalies associated with the Switzerland real estate market which we will cover later in this article. While the headline figures suggest that the market is cooling somewhat, with the price of privately owned apartments down by 1.44% to the year-end March 2019 and 0.6% quarter on quarter, the wider long-term picture is very different.

Even though 2008/9 saw the US mortgage crisis, which led to a worldwide economic downturn, this had relatively little impact on Swiss house prices. Indeed we know that between 2000 and 2016:-

By any measurement these are exceptional performances especially when you bear in mind the worldwide economic downturn which began in 2008/9 and is still evident today. The fact that the Switzerland government has been forced to reduce interest rates to record lows is not a sign of trouble. It is a sign that the Swiss franc has been in great demand as something of a “safe haven” with the authorities determined to prick the currency bubble.

Even though the last couple of years have seen a slight dip in the price of Switzerland real estate, there is still strong demand at the luxury end of the market. Prime property rental yields tend to range from 1.7% up to 2.4% although some apartments in Geneva and Zürich are currently offering rental yields of up to 3.3%. On the whole we saw median rental income fall by around 2.1% during 2018 with a further 1.5% fall in 2019 – as a consequence of the oversupply of rental properties in some cantons.

When you consider the exceptional growth in house prices across Switzerland since the turn-of-the-century it is no surprise to see a cooling off period. Vacancy rates are also slightly higher in rental properties gradually rising from 1.8% in 2015 up to 2.6% in 2018. A surprise reduction in population growth, falling below 1% growth for the first time in 11 years, caught some property investors offguard. Many had expected stronger growth but this has been impacted by lower net inward migration over the past three years.

Located at the southern tip of Lake Geneva, the city boasts one of the highest living standards in Switzerland which is certainly saying something. This coupled with a stable local economy and low tax rates has seen many high net worth individuals both investing in and moving to the region. This is an area of Switzerland which ranks second in the league for density of millionaire inhabitants. The extremely strong financial sector means there is a liquid mortgage market for both domestic and foreign investors.

Also, let’s not forget, this is a region which boasts the headquarters of the United Nations and the Red Cross. As a consequence, the local property market has been extremely strong for the last 20 years as investors looking for luxury property flock to Geneva. There is an abundance of luxury hotels, restaurants and jewellers and the opportunity to enjoy a buoyant nightlife.

On the whole house prices in the Lake Geneva area fell by around 1.44% during 2018 as the government’s bid to cool the market had an impact. The story is a little different towards the high end of the market where there is still strong demand amidst the chaos of Brexit sweeping Europe and the UK. Against this backdrop, it is easy to forget that the Swiss economy has performed admirably in recent times, showing growth of:-

When you compare the economic growth figures of Switzerland against those of the UK and the wider European community, they tell very different stories.

Zürich itself is situated at the north end of Lake Zürich in northern Switzerland. For many years now it has topped the league tables in terms of quality of life. As with Geneva, Zürich boasts some unbelievably beautiful scenery and has an extremely buoyant luxury property market. The city is seen as the home of private banking with an abundance of mortgage funding available. Interest rates in Switzerland are currently near historic lows and there is the opportunity to lock in some extremely attractive mortgage rates.

Average house prices across Zürich fell by 0.84% in 2018 having risen by 3.43%, 3.6% and 1.78% between 2015 and 2017. So, while the last couple of years have been challenging for the Swiss property market, brought about by government policies to reduce household debt, demand for Zürich properties remains relatively strong. At this juncture average household debt in Switzerland currently stands at around 90% and is something which the authorities are trying to address.

It is also worth noting that the value of the Swiss franc against the euro has increased dramatically since 2015. This goes back to January 2015 when the Swiss National Bank removed the exchange rate cap which was no longer viable. While this has had an impact upon demand from foreign investors, again the luxury end of the property market in Zürich has not been impacted to the same extent.

There has been a huge drop in fixed rates of between one year and 10 years while the official variable rate has remained fairly constant since 2009. As a consequence, there are some very attractive mortgage offers available at the moment especially for those looking towards the luxury end of the market. If looking to raise mortgage funding in Switzerland it is worth remember that mortgage regulations vary between different cantons and will impact the specific terms.

If we look at Switzerland mortgages in excess of CHF1 million there are two main options available which are capital repayment and interest only. The terms vary between the likes of Geneva, Zürich and Lugano (popular luxury property markets) as follows:-

As you would expect with the luxury property market, relatively large mortgages will attract the interest of private banks and assets under management (AUM) arrangements. You may be surprised to learn that it is possible to secure a mortgage with an LTV of up to 100% in certain circumstances. This will necessitate the transfer of 25% of the mortgage value to a private banks asset management division but this is standard practice. In effect, this is an insurance policy in the event that the client has issued further down the line. The fixed rates are extremely attractive at between 0.8% and 1.3% with an unlimited term if more than 1% of the loan capital is paid back each year.

The terms of Zürich-based mortgages, for those looking at high-end properties, are very similar to those available in Geneva. It is possible to secure LTV ratios up to 100% which include AUM arrangements and extremely attractive fixed mortgages rates of between 0.8% and 1.3%. The only significant difference is the interest only mortgage where fixed rate terms of between five and 10 years are available. As with all cantons across Switzerland, foreign investors need permission from the local authorities and the number of foreign investors per annum is restricted.

The mortgage terms currently available for high net worth individuals looking at luxury property in Lugano are similar to those in Zürich. As with the likes of Zürich and Geneva, apartments in Lugano rarely sell for less than CHF1 million and there can be significant competition for those which do make it to the market. We have extremely strong contacts in the private banking sector and therefore can arrange very competitive terms. When you consider the current level of Swiss base rates it is not difficult to see why the luxury end of the market has been so strong in recent times.

We know that the Swiss authorities have been looking to reduce demand for Swiss property as a means of lowering household debt. It is also worthwhile noting that at the end of 2018 the Switzerland mortgage market was around 147% of GDP. This is a huge jump from 60% in 1990 and 97% at the turn-of-the-century. In the first quarter of 2019 there was a year on year increase in accumulated domestic mortgage debt of 3.44% which now stands at just over CHF1 trillion. The figure for foreign mortgage loans increased by 8.05% and now stands at CHF9.4 billion. Despite currency movements, despite regulatory changes and various attempts to deflate the Switzerland real estate bubble, foreign investors are still attracted to the area.

While the UK has a strong multicultural society, the situation in Switzerland is almost unique. The country has one of the world’s largest immigrant communities with permanent migrants now making up almost 25% of the population. While it still takes 12 years of “permanent, legal, notated” residency to gain citizenship in Switzerland this seems to be the goal of many foreign investors. There is also a requirement for full integration into the Swiss way of life, community and the need to master at least one of the official languages.

Despite various attempts by the authorities, both national and local cantons, there is still strong demand from foreign investors interested in Switzerland real estate. It is safe to say we are in unique times with regards to Brexit, US-China trade negotiations and the short to medium term direction of the worldwide economy. Switzerland has forever been seen as a safe haven and this reputation continues to attract high net worth investors from across the globe.

While there are local and national restrictions on the number of foreign property acquisitions approved each year, this has not stopped investors lining up. A significant increase in the currency, after taking away the exchange rate cap, may have dented some spending power but it has not dented demand for property in Switzerland. As a means of trying to deflate what many see as an overvalued currency, extremely attractive base rates have obviously filtered through to the property market.

Here at Enness, we have access to more than 500 worldwide lenders in the mortgage market which includes prominent private banks operating in Switzerland. Competition is intense across the mortgage market; high net worth individuals are much sought after, as banks look to extend working relationships, and the long-term trend in property prices is still upwards. In many ways Switzerland is a unique property market; the way of life, financial services, competitive mortgage market and long-term restrictions on foreign investment have created a very stable and attractive environment.