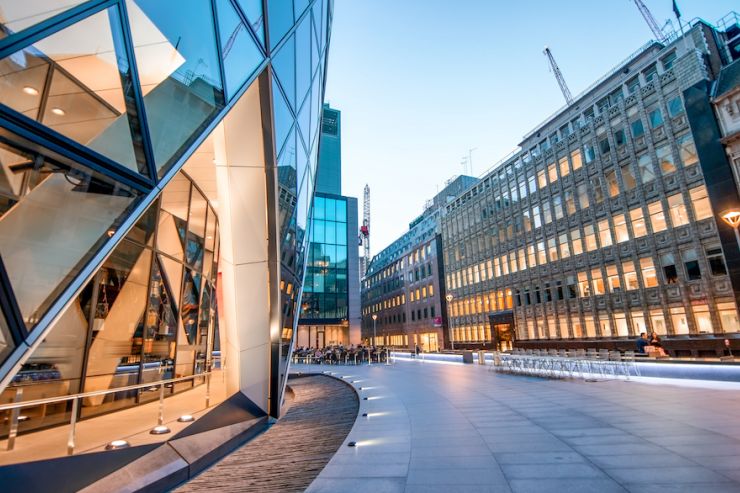 The year has commenced with a rally on sterling, hitting 23-month highs against the euro and breaking the 1.20 level of resistance which it has previously struggled to defend. This relief rally has largely been a consequence of the Covid situation easing in the UK and the increasing divergence between the Bank of England’s base interest rate (which currently stands at 0.1%) relative to that of the European Central Bank (currently at 0%).

The existing difference is expected to increase over the coming months with the Market predicting a 97% chance of a 25-basis point hike at the BoE’s next monetary policy decision on 3rd February and a 48% chance of a further hike on 17th March which would bring the UK’s base rate up to 0.6%. Conversely, the market estimates that the ECB has merely a 3.8% chance of raising rates by 10th March and thus the prospect of ever widening interest rate yields between the UK and Eurozone is seeing greater support for Sterling.

Moreover, the prospect of socio-economic and geo-political troubles within the Eurozone is also feeding a risk-off appetite on the continent, seeing EUR weakness against both GBP and USD. These include the situation on the Ukrainian border deteriorating, the expectation of an enduring European energy crisis and Covid cases still breaking records which will be analysed later.

Nevertheless, there are significant uncertainties which may affect the stability of Sterling’s appreciation against the Euro and its future trajectory in the coming months. Namely, the chance of a leadership contest within Westminster could see any number of potential outcomes feed into the health of the Pound, with any successors’ Brexit manifesto and trade policies likely to come under particular scrutiny from the markets. Moreover, the implications that a cost-of-living crisis could have on the wider UK economy are also being closely considered. For example, with the 1.25% increase in National Insurance Contributions set for 6th April and CPI currently standing at 5.4%, reduced consumer spending would likely dampen growth relative to GDP and hence undermine sterling.

Similarly to the BoE, the Fed are expected to announce a raise of 25 basis points at the next FOMC meeting on 16th March after the December CPI figure topped a 39 year high at 7%. The inflation data released in January has force the Fed to adjust their policy from the time frame outlined late in 2021, with the main hawkish risk coming from a potential end to their asset purchase program a month earlier than expected. Adding to the issue, unemployment has dropped below 4% putting extended pressure on wages and inflation-adjusted earnings are 2.4% lower in December than a year previously. Moreover, US Q4 GDP figures last week, indicated that the world’s largest economy grew 5.7% over the course of 2021 – the highest level since 1984. As a result, there is mounting tension on the Fed to tighten monetary policy and keep these figures under control.

While these figures indicate a strong rebound for the US economy, analysts are warning that the pace of growth will start to slow. For example, the IMF reduced the US’s GDP growth forecasts for 2022 from 5.2% to 4% citing issues around persisting inflation and Biden’s inability to pass his flagship $2tn ‘Build Back Better’ stimulus. There is also growing concern within congress relating to their national debt, given that as the base rate is hiked, the cost of servicing the $29 trillion worth of debt on the US balance sheet becomes considerably more expensive.

Nevertheless, over the course of January, the US dollar index (DXY) which tracks the health of the dollar against a basket of currencies has gained ground and climbed consistently from its month low on 13th January of 94.8 to 97.1 on January 31st with any heightened tensions in Eastern Europe and hawkish rhetoric from the Fed likely to play into USD strength moving forward.

The new year’s news cycle has thus far been dominated by developments on the Ukrainian border and the implications of economies around the world emerging from the pandemic. These two factors have exacerbated fears over the prospect of continued energy shortages, which have further fed concerns over the rising cost of living and the trajectory of the post-pandemic recovery. Inflation prints breaking records that have been held for decades and the subsequent rhetoric over the likelihood of central banks around the globe having to raise interest rates faster than expected has also dominated the markets and the world of foreign exchange. Therefore, any analysis into the political and economic events which have shaped this month will involve looking at Ukrainian tensions, energy shortages and inflation.

Firstly, raising tensions between Russia and NATO have fed into a risk-off sentiment with safe-haven currencies including the US dollar and the Swiss Franc seeing gains. Conversely, the prospect of the West imposing further sanctions on Russia – such as excluding them form the SWIFT payments system – continue to weaken its economy with the Rouble hitting fourteen-month lows against the dollar and Russia’s leading index, the Moex slumping nearly 15% this month alone. The sell-off in the Russian stock market has also led to a sell-off of securities, with yields on the Kremlin’s bonds now climbing to their highest level in six years.

The geo-political and economic implications of the Russian-Ukrainian tensions are also having a major impact on the commodities sector. Given that Russia exports some 20% of the world’s wheat, 10% of the world’s aluminium and copper and around 1/8th of the world’s crude oil, the prospect of a supply side shock to these commodities is feeding into inflationary pressures. However, perhaps most alarming for the European commodity space is the implications that further tensions could have on gas supplies given that Russia accounts for about 40% of Europe’s gas supplies and much of that gas transits through Ukraine.

Hence, the implications that growing tensions on Ukraine’s eastern front could have on Europe’s energy supply – and thus the trajectory of their post-pandemic recovery more generally – have dominated market headlines and considerations. This has therefore exacerbated an already problematic energy crisis. For example, in October 2021 we saw the European crisis reach its zenith with benchmark gas prices trading at highs of around €160 per megawatt-hour, up from €20 at the start of 2021. A plethora of demand and supply side factors were to blame for this, not least depleted natural gas stockpiles after the harsh winter of 2020, maintenance outages in Russia and Norway and pressure on Asian economies to decarbonise energy supplies and move towards Liquefied Natural Gas (LNG). Last autumn also saw unseasonably low levels of wind across Europe which hindered wind power generation and the continued phasing-out of nuclear power across much of the continent also caused supply side shortages in the context of growing energy demands.

The EU’s economic powerhouse, Germany which imports some 90% of its gas has further felt the force of the geo-political repercussions of the Ukrainian crisis in relation to Nord Stream 2. Last week the US and Germany reaffirmed their commitment to halt Nord Stream 2 if Russian forces further incur on Ukrainian territory. Currently, the Nord Stream 2 pipeline set to double capacity flowing from Russia to Germany is complete, yet lies idle under the Baltic Sea given that it has not yet gained the regulatory approval from the Bundesnetzagentur, the Germany energy regulator. While under the Trump Administration the US effectively halted the completion of the gas pipeline by threatening to sanction any Germany companies who had involvement with it, the Biden Administration subsequently allowed its approval. However, last week, the US state department spokesman, Ned Price stated that “if Russia invades Ukraine one way or another, Nord Stream 2 will not move forward". Such rhetoric and developments have therefore added to gas security fears, with prices trading around 25% higher than a month ago.

The ongoing energy crisis, geopolitical concerns and supply chain shortages in Germany was therefore a key factor behind poor growth data in the last few months of 2021. For example, Germany’s economy grew 2.8% in 2021 and in fact contracted 0.7% in Q4, meaning that the economy still remains some 1.5% below pre-pandemic levels. This may be contrasted with the US economy which is now 3.1% above pre-pandemic levels. Some analysts are therefore warning that Germany risks falling into recession, which would have wider socio-economic implications on the Eurozone and the EU. These issues have however been felt across the board, and owing to their persistence, last week saw the IMF cut its global growth forecast for 2022, estimating that the global economy will grow 4.4% this year – down from earlier predictions of 5.9%.

The slowdown in global growth will also adversely affect the British economy, the IMF’s updated report predicted, with the UK’s growth forecast at 4.7%, representing a considerable deceleration relative to 2021 when the UK’s economy grew 7.2% as it began to emerge from the pandemic.

Hence, as we go into February all eyes will be focused on Ukrainian tensions and the extent to which Blinken/Lavrov negotiations can arrive at a settlement in addition to the health of supply chains and energy security. In addition to this, in the UK the market will be eagerly awaiting the Bank of England’s next meeting on Thursday 3rd February and the release of inflation data on the 16th. 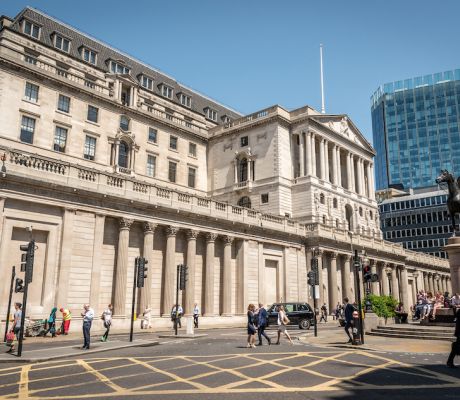 The Bank of England Just Raised the Base Rate – What are the Key Takeaways for Borrowers? 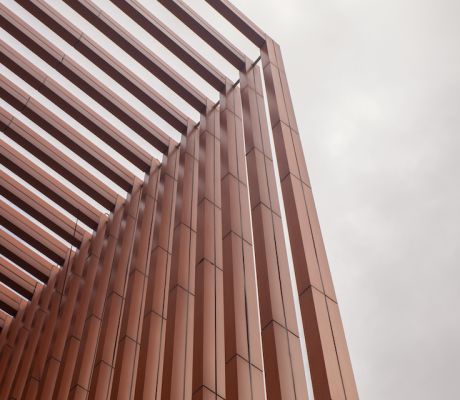 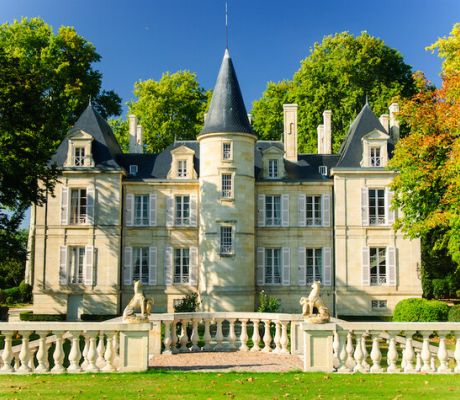 High Value Debt and Financing - What HNWIs Should Know