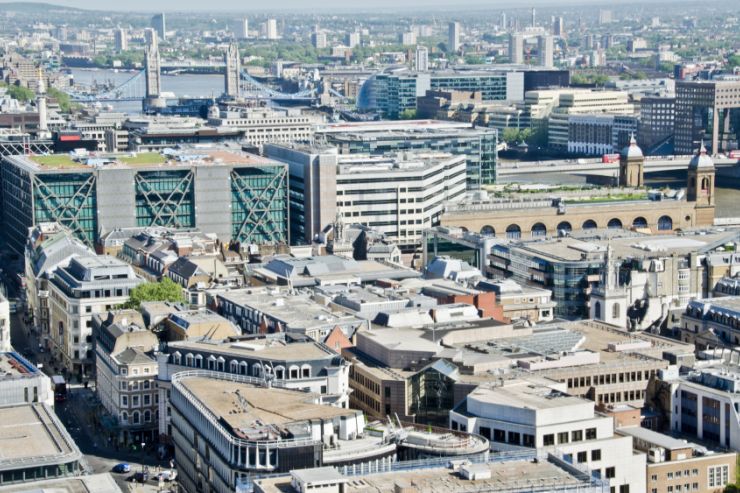 As capital cities go, London isn’t famed for its skyscrapers, a description which is more likely to bring to mind the lofty skylines of New York or Hong Kong.

The research focused on the rental performance of commercial property buildings exceeding 30 storeys, and showed companies are still prepared to pay a lofty price for their high-rise position. This follows a successful year for London’s commercial property market; July of 2016 saw the best month of sales in a decade.

In the first half of 2017, office space in the city’s skyscraper commanded US $110 per square foot. This translates to just over £80. Average rates in the rest of the City of London, as a comparison, are in the region of £63. However, the stark price of prime London office space becomes most clear when compared to similar space in European cities.

In Paris, the average rent of a similar space was reported to be just $58 per square foot. Meanwhile, a square foot of tall building space in Frankfurt is even cheaper, at $54.

How do office rents in London reflect the market?

London was the only city in Europe to make the top 10 ranking, reflecting its status as a key business centre in Europe. Hong Kong is the most expensive in the world, with rents at a staggering $304 per square foot. Meanwhile, in Kuala Lumpur, it’s possible to rent skyscraper office space for just $23 per square foot.

The report stands as a testament to the fact London is still an incredibly desirable and resilient business location.