It has come to light this week that UK mortgage lending has hit levels unseen at any other point since before the financial crisis, as those looking to remortgage continue to seek better deals. Despite reports of spiralling house prices, it seems property demand is showing little sign of slowing, as banks’ lent more last month than at any other point since July 2008.

It comes as no surprise that record high UK mortgage lending in 2015 is now likely to exceed all previous forecasts, with borrowers continuing to take advantage of cheap deals and lock into the tempting rates available – before interest rate rises occur. It isn’t just residential homeowners snapping up competitive deals; business lending levels have also increased by 27% on the previous year to £637 million, while lending in the wholesale and retail sector also witnessed a 20% increase on the year.

Gross mortgage lending hit £12.9bn during the previous month, reaching levels 26% higher than in October 2014; marking the highest figure since 2008. Although UK mortgage lending for house purchases may have slowed during the latter half of 2014, this has returned with a vengeance seeing 45,437 approvals occur in October alone – 21% more than in the same month last year.

These figures are a clear reflection of the opportunities currently available, as so many consumers remain confident alongside their growing incomes. New loans came in at £14.2bn in October which was up from £13.1bn in September, marking the highest monthly level in 7 years. Taking repayment figures into account, the overall total mortgage debt rose by £2.7bn to £807.1bn.

Elsewhere in the market, remortgaging was up by a grand total of 34% year on year, with remortgage customers borrowing £4.1bn in October, up from £3.7bn on the previous month; another contributing force that has helped push overall borrowing to the post-crash record. This also came with the news that 8 out of 10 borrowers actually switched lenders when seeking a remortgage deal, which is an 8% increase from the 71% who switched lenders last month.

Following the overall upward trajectory within the property market, making the most of the favourable conditions has quite rightly become crucial to borrowers, as the prospect of interest rate rises lingers in the back of everyone’s minds. It’s important, however, to weigh up attractive deals on the market wisely, especially as Mark Carney is reported to be keeping a close eye on levels of household debt in the UK, with rumours that the Bank of England may intervene if necessary.

Although London has witnessed house prices continuing to rise, loans for new home owners in London fell by just 1% in the third quarter compared to the same time a year ago. Despite this, the average borrowing from first time buyers in the capital was up by 7% since 2014, perhaps due to the typical gross income of a first time buyer household also rising by 5% on the third quarter of 2014.

What to expect from lenders in the future

Recent months have seen a price war unfold among mortgage lenders which has equally lead to some of the cheapest mortgage deals on record. Borrowers looking for a 5 year fixed rate can now pay as little as 2.14% for example, while those opting for 2 year fixes can get their hands on a rate as low as 1.15%.

Despite the opportunities for borrowers within the current prospering market, consumers still need to allow for the fact that interest rates are expected to start rising in 2016. Although activity in the housing market has picked up generously throughout the year, the slightest withdrawal in mortgage approvals for house purchases from the levels seen, could be symbolic of rate rises closing in, or that the market is being constrained by a property shortage.

Even with these expectations in mind, rate increases are likely to be gradual and limited in comparison to previous history of rate rises. Even though last-minute deals may linger early next year, now is the time to make the most of this level of lending and secure the best low rate mortgage available, before the inevitable changes occur. Receiving guidance tailored to your circumstance is wholly beneficial when making sense of the constantly changing market and the diverse deals on offer.

Enness have contacts across the market with every type of lender, and are sure to stay in the mortgage market loop at all times. We know how important it is for our clients to find the best deal suitable for their personal situation – so we’re here to help you tap into the best mortgage lending deals available and outline any rate changes.

Can I get a UK Mortgage for Overseas Property? 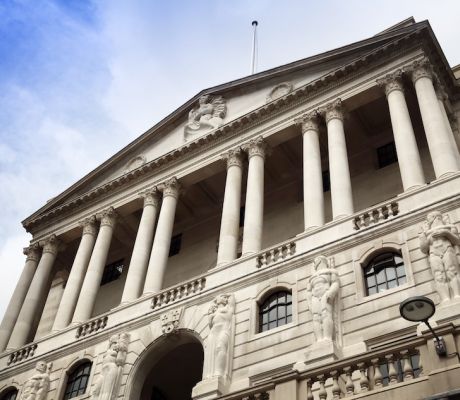 Mortgages in France and the UK: the key differences