Interest rate rises – how will this looming change affect the mortgage market?

Mark Carney has shaken things up with the announcement that interest rate rises may return half-way to the point they were at historically over the next three years. He further said that they will start to increase by the end of the year. This news has come as a bit of a shock as experts previously predicted an interest rate rise would not happen until at least next summer.

The fact that we may only have a few months to prepare for the increase has raised the question of how you should act. Indeed, will interest rate rises affect the mortgage market? And if so, to what degree?

The most important thing to remember is that these changes will be slow and gradual. Economists expect the first rise will take the Bank Rate from 0.5 per cent to 0.75 per cent. The change is predicted to happen sometime between November and February. Carney also said that the new normal for rates will likely stand at half the historic average of around 4.5%. Howard Archer, chief UK and European economist supports this, “Regardless of whether the Bank of England first acts in late-2015 or early-2016, we see interest rates only rising to 1.25 percent by the end of 2016 and 2 percent by the end of 2017”.

Between industry professionals, the shared opinion seems to be that competition in the mortgage sector is so intense that we may find that the first interest rate rise will be hardly passed on at all by many lenders. But how will these interest rate rises affect your mortgage payments? It all depends what type of mortgage you have.

If you have a mortgage tracking the Bank of England base rate then the interest rate rise should affect your mortgage within a month. This is because tracker mortgages like this simply follow the base rate whenever it moves.

Say, if you had an £800,000 repayment mortgage at 2.5% on a 25 year term then if the interest rate increased by 0.25% your monthly costs would increase from £3,618.39 to £3,722.66.
This increase, although relatively slight, will affect your monthly outgoings and may be more painful for other borrowers, depending on the mortgage terms they have.

Islay Robinson, CEO of Enness Private Clients says, “Changes from the city regulator have made lending practices more prudent and mean people should have more of a buffer in their income for this. However, millions of people who have taken out mortgages since the financial crisis have never seen a rate rise and will feel the impact”.

In terms of mortgage rates rising in correlation with the interest rate rise we believe that the pricing will increase a little but that this will be fractional. One of the largest influences on pricing is LIBOR (three-month sterling), an interbank lending rate which has barely moved in recent years.

Fixed rate mortgage products have been extremely popular over the past few years. If you have a fixed rate mortgage then you are unlikely to feel the sting so there should be a bit of breathing space. Lenders like to protect themselves against all contingencies and the majority have already factored short-term rate prices into their fixed rate into their current fixed rate offerings. This is why it is more expensive to take out a 10 year fix than a 2 year fix.

The current opinion is that the base rate will rise slowly to around 3% over the next two to three years. It is important not to depend on these projections though and to stress test your finances to see how things might look as things start to climb.

If you are currently searching for a mortgage then the best advice at this time is probably to settle sooner than later. Rates are currently at record lows and unlikely to drop any further. Borrowers who want to lock in on a fixed rate deal should remortgage sooner rather than later.

A standard variable rate mortgage is the rate you typically move on to after a fixed, tracker or discounted deal has ended. This rate is usually between 4% and 6%.

When the base rate rises it is likely lenders will increase this percentage marginally. This increase will probably be small because they already have a good margin built in. Islay Robinson, CEO of Enness Private Clients, comments, “Lenders have the freedom to decide what a base rate change means for their borrowers”.

Samuel Tombs, senior UK economist at Capital Economics, states, “There’s reason to think borrowers aren’t as sensitive as they were before the crisis when a number were on variable rates”.
We also are well aware that Mark Carney has changed his mind before. His decision will be data-dependent and there are no definite outcomes to how things will turn out in six months.

This should be supported by predicted wage growth over the next three months and a general increase in household’s income as a consequence. Demand from buyers is still high so the property market is unlikely to suffer as a consequence of this. However, younger buyers may struggle to get a mortgage when the rates become higher. For this reason the interest rate rises will be delicate in order not to stagnate the economic recovery which is very much underway.

If you are on a variable rate and would struggle to pay your large mortgage if interest rates rise then it may be worth locking into a fixed rate. These circumstances are, of course, dependent on your circumstances and we recommend you speak to an adviser for a free consultation and a more competitive deal.

What are the FSA new rules on mortgages – and how will you be affected? 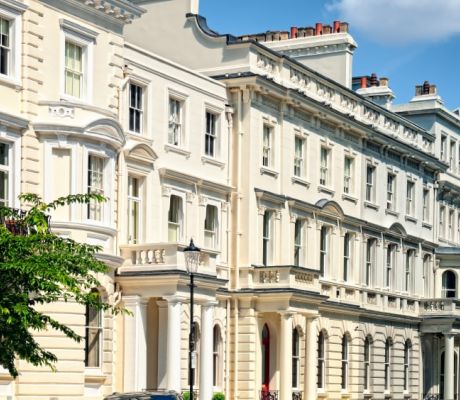 Why 2014 is the year for mortgage repayments