The World of Art Enness Art Advisor and Ambassador, Dr. Stephanie Kim, has curated exhibitions and festivals in 22 cities across the globe and worked with over 500 artists from a range of disciplines. She has recently completed her PhD in Curating Contemporary Art from RCA, and launched an exhibition at SOMA museum in Seoul, the exhibition is on now until 7th of August.

Many familiar faces will reunite in New York this month as more than 20 New York-based art organisations have come together to launch the first “New York Art Week”. This week not only sees four art fairs —Independent, TEFAF New York, NADA New York, and the Future Fair —opening simultaneously but also a fully curated series of exhibitions and events in museums will take place throughout the city. It has been said that New York has seen nothing like this. The closest comparison will be London in its Frieze Week, when London transforms into a giant web of collateral and satellite art events.

Auction houses join the forces too. Christie’s, Sotheby’s and Phillips, undoubtedly the top three auction houses, will participate in the first New York Art Week, adorning each place with the best lots. Phillips, for instance, will auction off Jean-Michel Basquiat’s painting Untitled Devil, estimated to be worth $70 million. But, of course, museums across the city are also the main attractions. Here are some favourite picks.

NADA stands for New Art Dealers Alliance. The 8th edition of NADA New York will be returning to the Lower East Side from May 5 - 8. At Pier 36. NADA New York will showcase a diverse selection of 120 galleries, art spaces, and non-profit organisations spanning 37 cities and 18 countries, including Buenos Aires, Mexico City, Paris, and Tokyo. 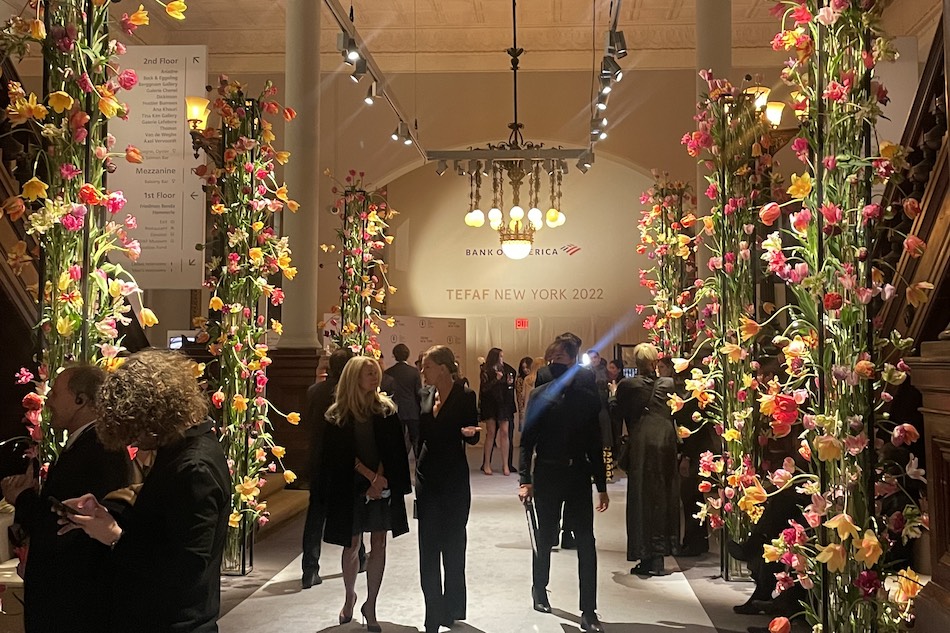 Independent Art Fair takes place at Spring Studio, 6-8 May. Independent started in 2009 at the former Dia Center for the Arts and the former home of X Initiative at 548 West 22nd Street (this year, the same venue hosts The Future Fair). Independent relocated the New York edition of the fair from Chelsea to Spring Studios in Tribeca in 2016. It joins the Tribeca Film Festival ecosystem as one of two public events annually in this location. 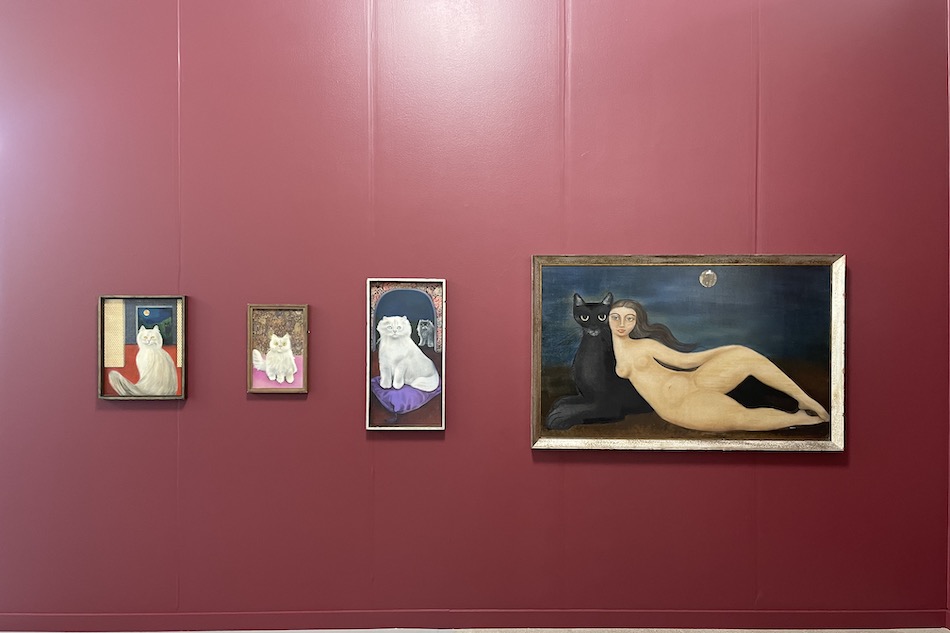 The Future Fair, the second in-person edition of the exhibition, will occur at Chelsea Industrial, located in the gallery district at 535 W 28th Street.

There are dozens of museums across the city that participate in the week. This includes the Metropolitan Museum of Art, the Studio Museum in Harlem, the Museum of Modern Art, the Whitney Museum, the Guggenheim Museum, the Queens Museum, and the Brooklyn Museum. 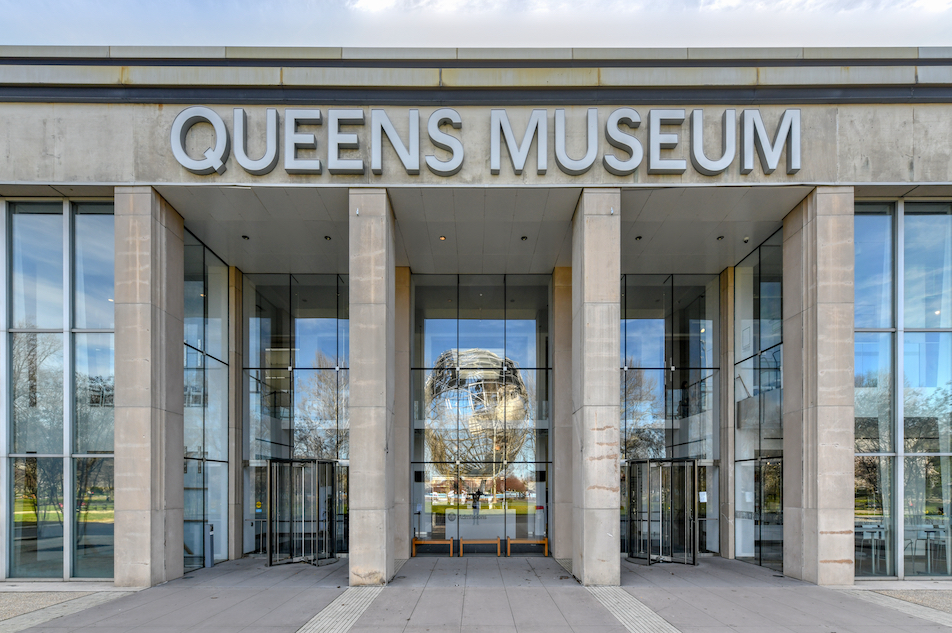 Here are three recommendations. On the 12th, the Gala at the Queens Museum will celebrate the 50th anniversary of the museum, and one can join the force by having a table or buy an individual premium ticket (cost from 700dollars to 25,000dollars for a premium table of ten). This year will be honouring artist Christine Sun Kim whose large scale mural Time Owes Me Rest Again addresses the theme of repetition and time. The evening will include a lively cocktail party with hors d’oeuvres provided by local restaurants, a delicious dinner by Abigail Kirsch, special performances, and a paddle raise to support the Queens Museum’s impactful programs. 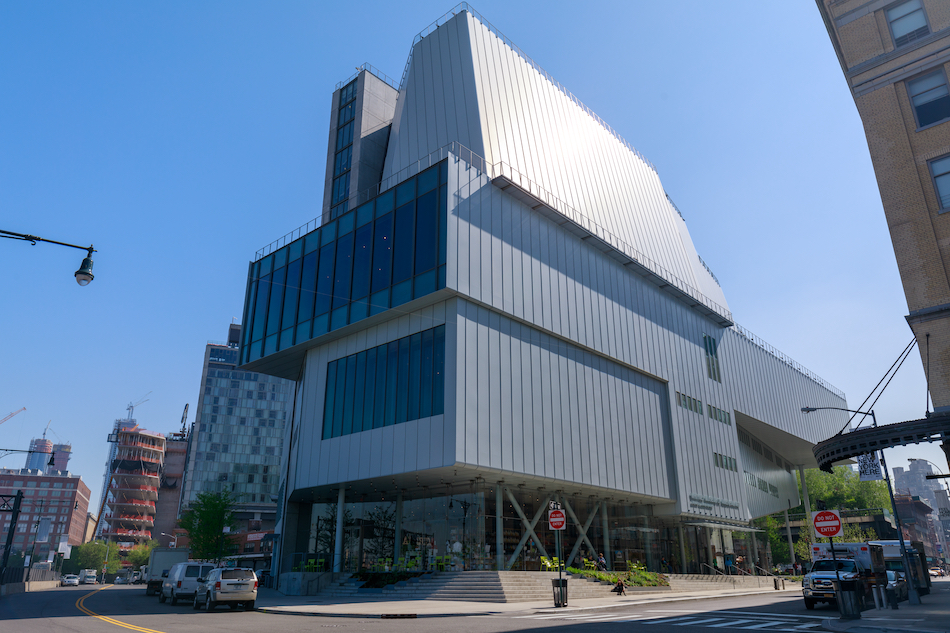 My second personal choice will be Whitney Museum to see the legendary Whitney biennial. Surveying the landscape of American art and shaping the cultural conversation since 1932, the eightieth edition of the landmark Whitney Biennial is available. Again, you can choose between two different perspectives: one is designed like a labyrinth, the other like an open field.

If you want to see the legendary art sale, join the 20th Century & Contemporary Art Evening Sale Auction on 18 May 2022. There are not many seats available, so book your pace in advance. The Basquiat is at lot number 12. The viewing is already opened from Monday to Saturday (10:00am-6:00pm) and Sunday 12:00pm-6:00pm. 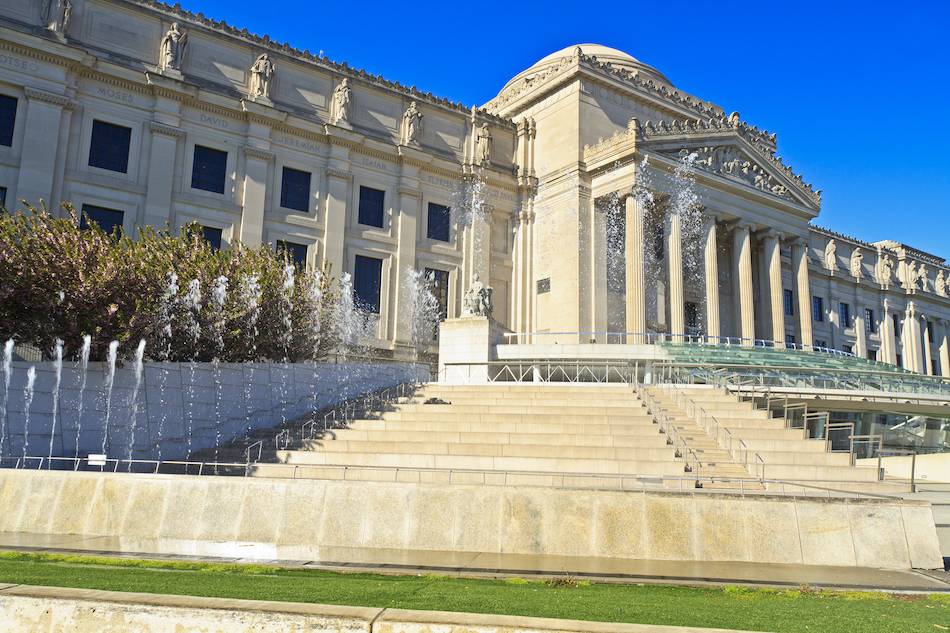 If you have time, browse through the internet in advance of what museums across the city offer special exhibitions. Whether it is the Metropolitan Museum of Art or the Brooklyn Museum, it will provide detailed press releases beforehand so that you can plan. In addition, I recommend checking out Amant, the artist residency and exhibition space established in Brooklyn by Lonti Ebers, to see how one of the best collectors of time has curated his museum shows.

Much is happening, plus the weather and the revived energy and optimism of New York are felt even in the air.

The Biennale is back!

What to expect and what to look for as the 'Olympics of art' returns in 2022?

If you want to see the biggest and most glamorous congregation of the world's art crowd since the pandemic, come to Venice this April. 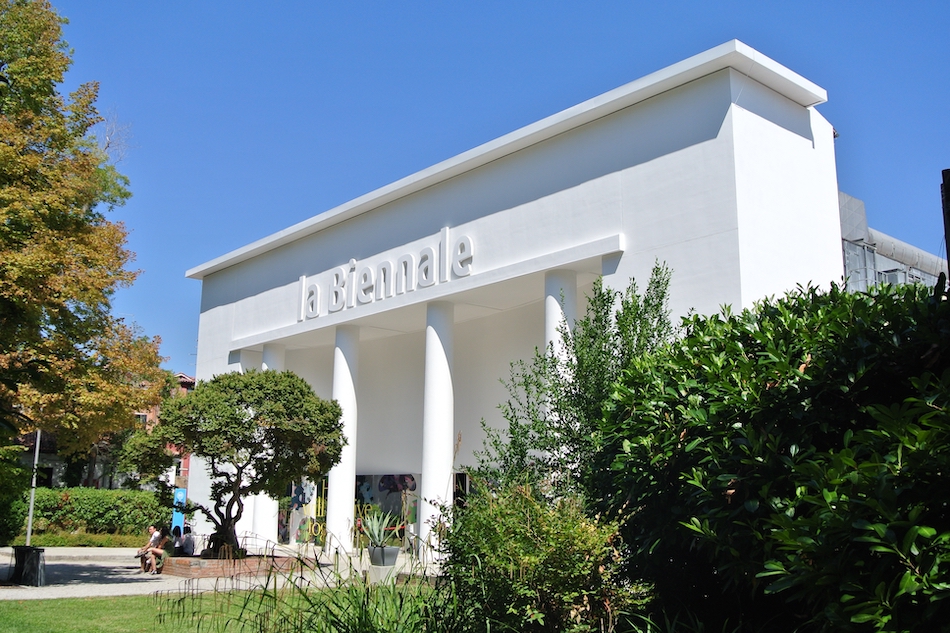 Biennale means every other year and is held in Venice. Venice Biennale is the most important art exhibition in history. At first, it was held to mark the silver anniversary of the accession of King Umberto I of Italy and his consort, Margherita of Savoy.

From 1907, national pavilions appeared, and except for a few interruptions, the Biennale has been held in odd years. The traditional site of the national pavilions in the Giardini ran out of space over the years and as a result, countries began to stage shows in the Arsenale and venues across the city.

Along with the national pavilions, there is a central exhibition in the Central Pavilion and official collateral events across Venice. Overall, it is a breath-taking feast of art that even the biggest art glutton would struggle to consume.

This year feels particularly significant as the pandemic marked the event's first postponement since WWII. The Biennale embodies the international spirit, which feels particularly important with the tragedy unfolding in Ukraine. The Russian pavilion's curator and artists withdrew from the Biennale this year, making the Pavillion empty, and Biennale stated they would support Ukraine as much as possible.

It will also be the first time since the pandemic that the leading lights of the art world can truly congregate, and artists, curators, gallerists, and collectors will come to Venice to understand the contemporary art of 'today'. 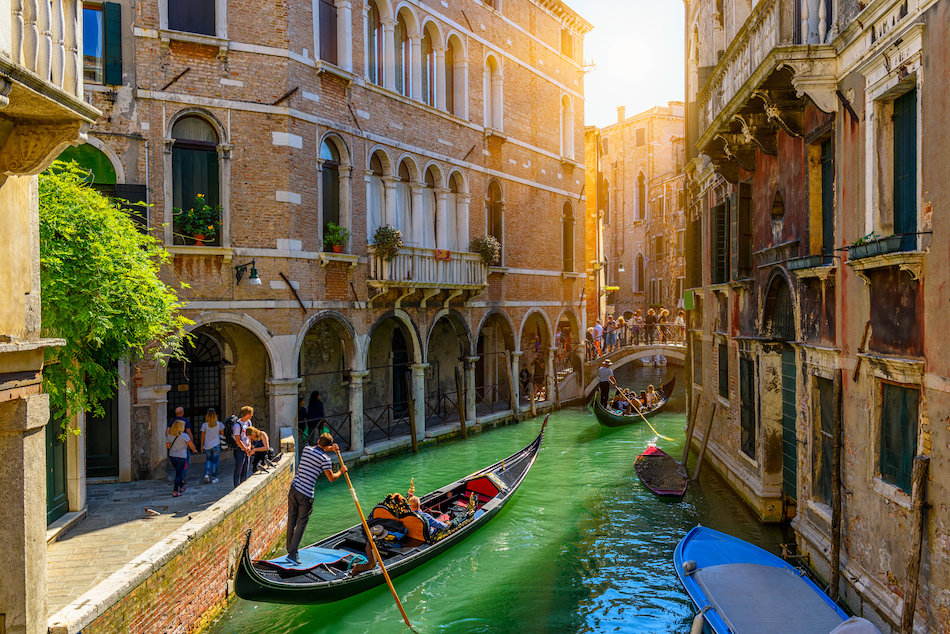 During the preview week, parties start early - normally from Monday, which means you will witness small Venetian boats not accepting hop-in guests but dedicated to groups of partygoers. Some Gondoliers and events share long histories, and the magic of boats of partygoers arriving with flickering torches, docking right inside the palazzo, never grows old.

(Beautiful Palazzo, aka The Museo Fortuny, is an art museum in San Marco, in central Venice, Italy. They host the most beautiful art exhibitions during the Biennale)

The Biennale epitomises the whirling world of art, money and beauty that makes you marvel but can be grotesque at the same time. You come back because the attraction is not just art and parties. There are hidden frescoes, trattorias full of interesting personalities, and historical corners that have enchanted many artists throughout history and conjured memories.

I have always stayed at the Metropole offseason. Prices escalate during the preview week, and rooms in the best hotels can be very hard to come by, even booking well in advance. The Metropole is my favourite, it overlooks the lagoon, and the view over San Giorgio Island is drop-dead gorgeous. Death in Venice was claimed to be written because Thomas Mann stayed there. 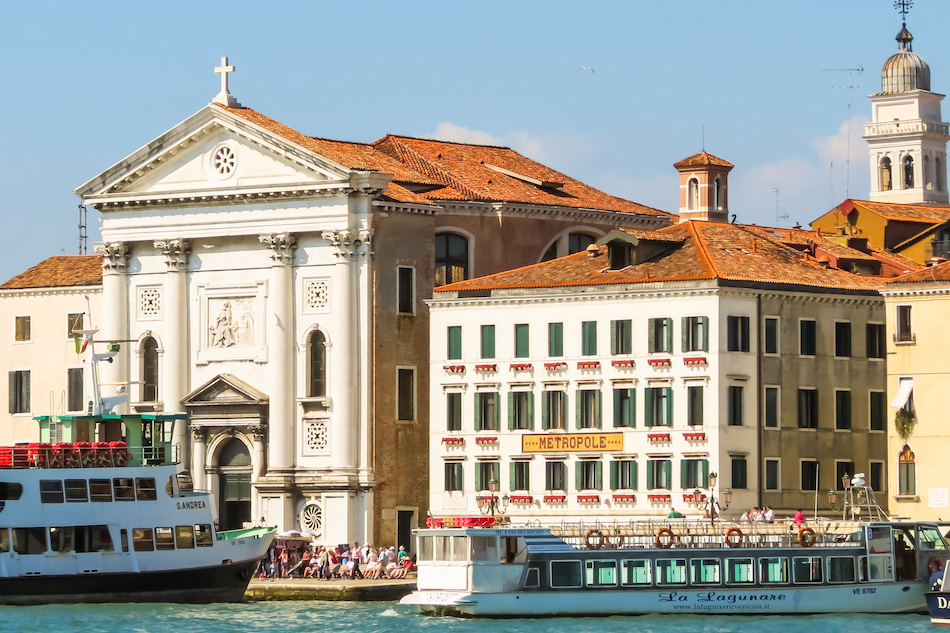 I was curating a parallel exhibition at the 2015 Biennale inspired by the novel and Mark Wallinger's Artwork called Sleeper - hence the title Sleepers in Venice. While I stayed there, I learned more about the hotel's history - all 67 rooms are different, with a mix of 18th-century antique and art deco furniture. The rich Fortuny fabrics and red velvets make it well worth a visit.

Two other hotels that also are world-famous are Danielli and Cipriani. Look for Hotel Danieli with Byzantine Gothic style arches (first opened as Palazzo Dandolo at the end of the 14th century) and Cipriani, the birthplace of Bellini, the cocktail! 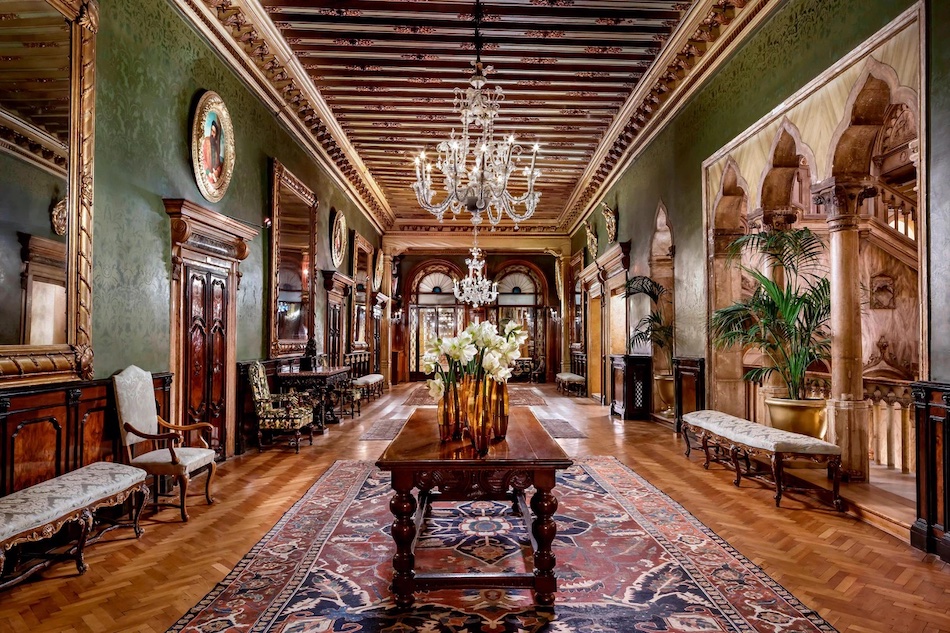 Each Venice Biennale edition selects an Artistic director who will curate the Central art exhibition. Cecilia Alemani will curate this year, the first Italian woman to hold this position. She has spoken about how she would like to give voice to artists to create unique projects that reflect their visions and our society. The exhibition topic – The Milk of Dreams, was born in the depth of the pandemic and seeks to be optimistic and shake off a nightmarish few years.

Named after a relatively unknown book by Leonora Carrington (1917-2011), the Milk of Dreams has writings and drawings where the surrealist artists describe a magical world where life is constantly re-envisioned through the prism of the imagination. It is a world where everyone can change, be transformed, become something or someone else. 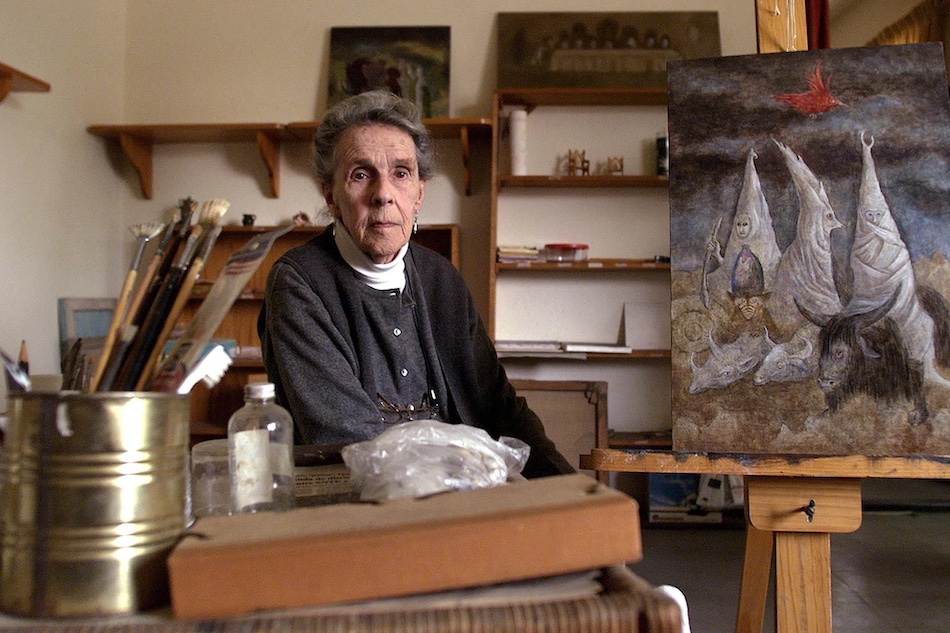 The dark side to the story is how she was also locked up in mental hospitals as if to allude to our century of destruction. However, there is also a strong connection with AI challenging artmaking. We saw each other only behind the screens of electronic devices during the pandemic - Carrington said she was born through her mother's encounter with a machine.

The exhibition takes Carrington's otherworldly creatures and other figures of transformation as companions on an imaginary journey through the metamorphoses of bodies and definitions of the human. A symbolic web of beauty, species, and so far, under-represented artists.

Expect to see more than two hundred artists from 58 countries and strong representation from women and gender non-conforming artists.

The world the exhibition presents will be the opposite of the presumed universal ideal of the white, male "Man of Reason" − as the fixed centre of the universe and measure of all things.