The media and analysts have been reporting more and more positive indicators for the housing market recently, suggesting that its revival is continuing, albeit not in equal measure across the whole country.

Property prices are rising at the fastest pace since 2011 and are 1.1 percent higher than a year ago according to Nationwide building society. They claim low mortgage rates and the government’s Funding for Lending Scheme have helped boost sentiment.

However, many economists and analysts are actually forecasting a fairly flat housing market until real incomes rise, which will not be for a while. At some stage interest rates will have to return to normal too however again it is not for some time and therefore the market should remain fairly flat until then.

In the meantime, however, when analysing the UK market, one has to consider London as a separate entity as really it is a global city.

According to the property website Rightmove, the housing market divide is growing even wider. For the first time, the asking price for an average house is three times as much in the capital as it is in the north.  And forecasters from the Centre for Economics and Business Research (CEBR) show London is set to record a total house price growth of 30.9 percent over the next five years.

This meteoric rise has been fuelled by foreign investors and a shortage of available properties. The result is that prices in prime central London are 7.2 percent above the 2007 peak. In May alone London residential prices increased by 0.3 percent in May and are up 3.2 per cent so far in 2013.

Everything goes through cycles and there seems little doubt now that the economic climate favours strong assets and well located London property is regarded as a favoured asset class by UK residents and foreign investors. There are a number of reasons for this – very low interest rates, a cheap pound, lack of confidence in other investment classes, a relatively stable political environment and a desire to keep a stake in the worlds prime financial centre to name a few.

By contrast, in many other regions prices are well down. For example, in the North West and Yorkshire, they are now more than 20pc below their peak, and they have fallen by more than 25pc in the North East.

Is it a return of a housing boom in London? Not in my opinion, as the actual number of sales is still limited by the scarcity of new sellers.

In London, agents are reporting that May has seen demand levels increasing but the shortage of stock is causing transaction levels to remain low. However, despite some improvement in the supply of property coming onto the market, the growing demand from buyers is ensuring that prices continue to rise. However, with more property coming onto the market agents expect this growth spurt to ease as we head into the summer months and growth forecasts for the rest of the year will be at a slower rate.

Properties that are sensibly priced attract the most interest, with many going to best and final offers.

According to Liam Bailey, Global Head of Knight Frank Residential Research, there’s growing evidence that buyers are less willing to commit to homes with over-ambitious price tags. The strength of the sub-£2m sector provides one indication that buyers are becoming more price sensitive.

There are two particular types of property which seem to be most in demand. Those which have been renovated in a contemporary style and therefore ready for immediate occupation or properties in need of modernisation where buyers can create their dream home.

In addition, the desire among buyers for a lateral living has contributed to higher than average price growth for flats over the past few years and this trend has continued in 2013.

The rental market is showing strong activity and after a slightly more sluggish period earlier in the year, tenants are competing for good quality houses and flats to rent. A lack of good quality rental stock has seen well-presented properties being let very quickly.

Both the sales and lettings markets continue to strengthen in London and consumer confidence in the housing market, in general, is improving. Furthermore, the various Government-sponsored schemes are clearly helping to loosen the mortgage market and buyers have never had such a range of favourable fixed rate deals from which to select.

We have seen a drop in mortgage rates but this however does not mean more mortgage lending.

As a London search agent, I have been witnessing and reporting monthly that the shortage of new properties coming to the market and the rapidly rising levels of buyer interest had created a seller’s market and that this was leading to increased house prices. This has not changed.  If you are considering selling now is a good time as the market is as strong as it has been since the peak of 2007. If you are a buyer I suggest getting your finances in order and be prepared to act quickly and decisively to secure the property you want. 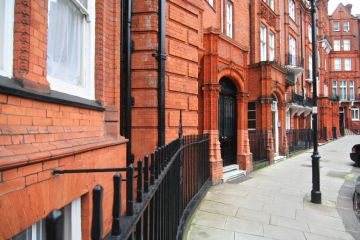 Helping the Next Generation to Property Perfection: Janine Stone 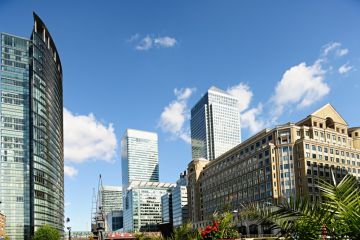 An interview with Matthew Wyles: An Introduction to Castle Trust Capital plc How to maximise the value of your luxury property purchase